I have been to Melbourne many times before with my old airline but I have never had a chance to visit this spectacular landmark. I finally got to do that on this Mel Akl trip! 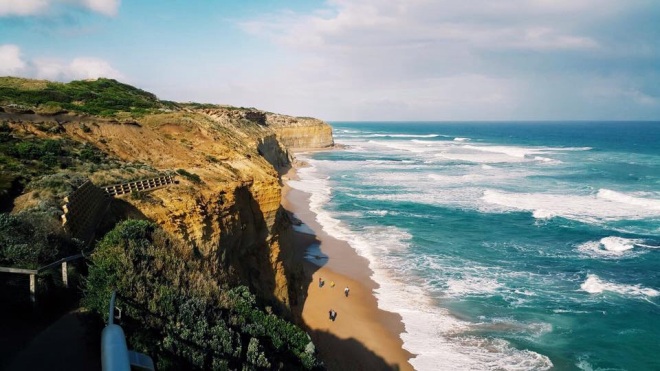 We woke up very early and rented a car from the hotel and left around 8am, a little tip for any crew who wish to do this try to go as early as possible because we struggled with time and had to rush everything.

Only three of us were up early enough to go ahead with the plans, which was me, an Egyptian girl and American guy. He was the chosen one to drive and boy it was fun. Obviously Americans drive on the other side of the road so it was a lot of fun watching him struggle. And we got pulled over by the cops twice.

We stopped at a small bakery on the way and grabbed a quick bite to eat. I had an amazing meat pie and I instantly forgot how much I used to love them as a kid. Oh and chocolate milk!!!

As we were getting back into the car I saw a cockatoo sitting on the car next to ours so I put my hand out and it begin to walk towards me and then flew onto my shoulder! It was the sweetest thing but I was scared because if it bit me it would take a chunk out of my face for sure. Lol

We took lots of photos with him and then said goodbye. But this was definitely one of my highlights of the day.

The drive itself at 243 kilometres is very long but you get a spectacular view. Endless beaches next to mountains and trees it truly reminded me of the beauty of Australia. Everyone but me had seen real life kangaroos before so I wanted to make sure that they ticked that off their list today so we tracked down a little area where wild kangaroos are known to get her. Surely enough we found them and plenty of them at that.

Now for those who don’t know The Great Ocean Road is an Australian National Heritage and was built by returned soldiers from 1919 to 1932 and dedicated to remember those who were killed during World War 1. At the end of this road that is the worlds largest war memorial are the Twelve Apostles that rise up magically from the ocean. It’s amazing to think that it was created by constant erosion of the cliffs beginning 10 to 20 million years ago. The history itself is interesting enough to make you want to see it for yourself.

As soon as we turned the corner and could see them in the distance I knew it was worth the early morning wake up. It looked so untouched and magical. We parked the car and ran down the very steep stairs to the waters edge and ran around taking photos.

On the way back we stopped next to a farm and tried herding the cows with our voices and as weird as it sounds it actually worked, the cows responded to our ‘ moos ‘ and slowly came to us. The video is actually on my Instagram page. 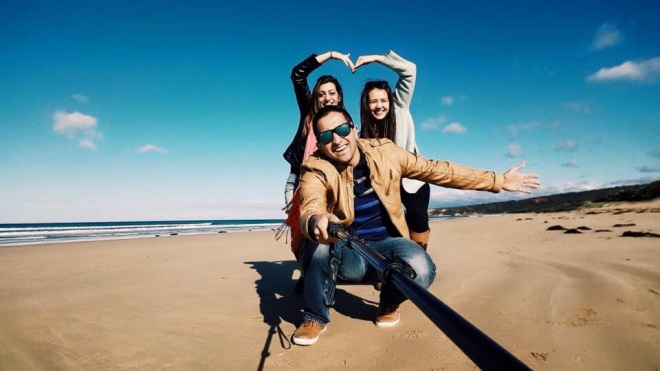 We came back to the  hotel just in time to get ready for the 14 hours flight that lay ahead and needless to say we died on the flight back to Dubai but the memories were so worth it and I truly recommend it to anyone who is travelling to Melbourne.