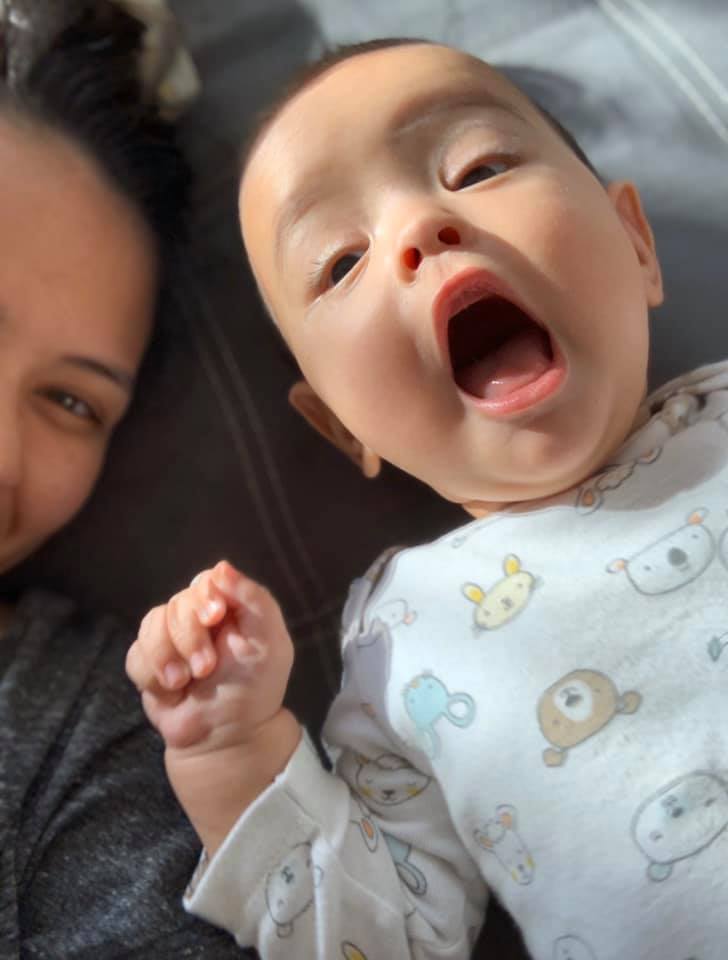 Now that Hamza is almost ten months old we are well into our food journey and boy is it an interesting adventure!

Being purely breastfed up until around six months of age, we had always noticed that Hamza had a particular interest in food whenever he saw us eating. Thankfully he loves his food just like his Mum and so we started feeding him pretty much everything right away.

I had read however that things such as;

I had read a lot about Baby Led Weaning, but to be completely honest I was so paranoid of my baby choking that I would mainly just feed him myself with a spoon and then on certain occasions when my husband was home, we would let him have a go at eating alone using his hands.

We now do a mixture of purees and Baby Led Weaning and I think its great because he gets the best of both worlds.

We started with your typical purees such as; peas, sweet potato, pears and apples and broccoli. I also once a day would let him eat a banana, avocado and any soft fruit so that he could get used to the texture and improve his hand coordination. 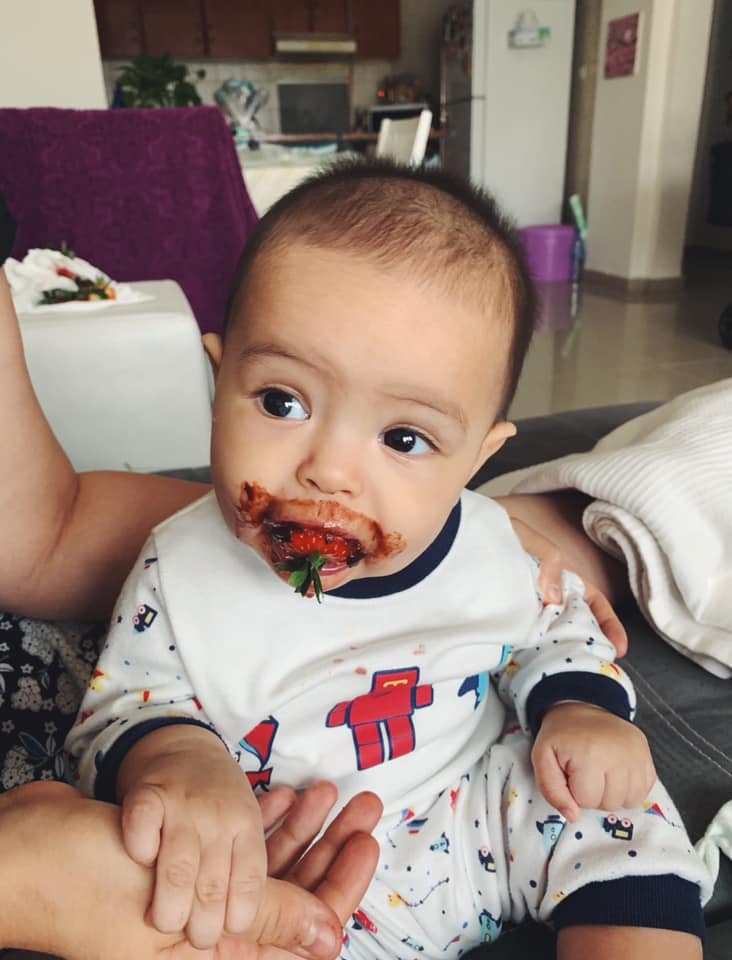 I tend to always have fresh berries in my fridge and so I will often feed him fresh berries and he loves them so much! If I don’t have any fresh berries I will sometimes place some frozen berries in his mesh feeder and let him suck on them through that.

Whenever we have fresh mango or melon available we will cut it up and let him chew on a few pieces for snacks and he really enjoys it! Be aware that it can be really messy, so don’t put him in his best outfit that day.

One of his ultimate favourite snacks is banana pancakes and they are so delicious that they are a big hit with the adults too! Full of banana goodness and minimal ingredients they are easy to take on the go as a snack and freeze brilliantly!

Mix all of these ingredients well in a bowl and then in a non stick frying pan fry them up nice and slow. Be careful not to burn them because they brown quite fast if the heat is too high.

When we were in Thailand I didn’t have access to my regular fruit and vegetables and so he had a lot of rice (which he loves), and any meal that we would be cooking for ourselves we would just separate a portion for him and season appropriately.

Speaking of seasoning … there is a lot of debate as to whether babies can have seasoned foods or not and it goes without saying that you should avoid exposing them to salt, but I think that adding some herbs and spices to their meal is a great thing because it lets their taste buds adapt and then hopefully in the future when they get older they won’t have a problem with eating foods with various spices. I also put a little bit of pepper in his food sometimes and I have had no complaints so far, so don’t stress too much about that.

I think that if you as an adult taste your babies food and wouldn’t eat it, then chances are your baby won’t either. So spice it up a little!

A little tip that I would like to share with you is make a big portion of whatever it is you’re making for your baby. Then once it has cooled transfer it to an ice cube tray, wait until its almost completely frozen and then empty the cubes into a zip lock bag and store in your freezer. That way you don’t have to knock out your heavy blender every day just to make a tiny amount of food for your baby.

Another tip that I learnt is that you should stick to one certain type of food when you are first starting off feeding your baby solids. This is so that if your baby has an allergic reaction to that particular food then it can be easily identified and removed from their diet. I usually stuck to feeding him one type of food for a minimum of five days just to be sure. After a few months when he had tried most fruit and vegetables I then started to combine things together.

Now bearing in mind Hamza now eats a solid three meals a day and sometimes little snacks too but he is still breastfeeding strong. I thought that once he started eating solids he would be wanting less breastmilk, but that is not the case for us. And no complaints from me either, I personally love breastfeeding.

It most likely various from baby to baby but just be aware.

Especially now that he is teething he is definitely more interested in breastmilk than solid food and although that worried me initially, I now understand that it’s just because the breast comforts him from the teething pain and so he will only reach for solid foods when he isn’t in pain and is truly hungry.

Just a few days ago my husband and I realised that Hamza is beginning to be clever about the food he wants. Yes he’s only ten months but he is a clever cookie!

I made some pumpkin, courgette and cauliflower puree for him and served it at the table while my husband and I were eating burgers and homemade potato wedges. To our surprise Hamza would not let the spoon with the puree come near his mouth and we couldn’t understand why! We then tried giving him a potato wedge and he gobbled it up faster than ever!

We experimented for a while to see if it was just a coincidence or not but it wasn’t, we had to be creative and transferred his puree onto the potato wedges plate and then dipped the potato wedge into the puree and into his mouth. After a few mouthfuls we removed the potato completely so that he was just eating the puree at this point. 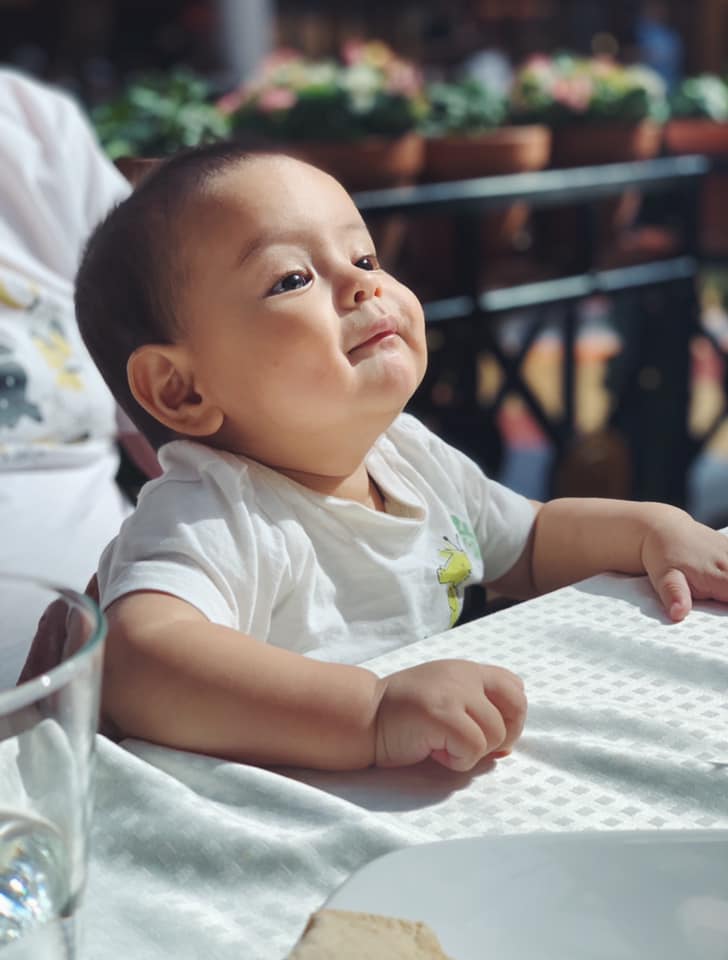 As funny as the situation was it made me realise that he just likes to be a part of the family table and that I would have to start sharing my food with him soon. ><

So moral of the story is enjoy eating alone while you can! Because that will not last forever!

As for meat I only just recently started giving him some chicken and tiny amounts of beef with his food as I base his meals predominantly around vegetables. I let him have a snack of yoghurt every now and then which he is a big fan of, however cheese I am staying away from for now as I just feel its unnecessary at this point nutritionally.

Water is now something that he sips on regularly and he can hold a sippy cup by himself now, but sometimes still struggles to remember to lift the cup up in order to get the water to come out. I have not given him any juices as of yet and if I do it will be juice that we make ourselves from home not from a bottle.

Now I don’t want you to think that I am that Mum who is constantly on top of everything and only feeds her baby home-made organic food etc. Not that there is any problem with being that Mum, however I think it is quite unrealistic for me and for most of us. There are days where I open the freezer and realise that I have finished the last portion of his food and so unless I have some kind of fresh produce on hand to quickly whip him up something then I will go for the easy option. That is pre made baby food.

I regularly take them out with me in my diaper bag as a backup in case I don’t find anything appropriate to feed him and they have saved my day more often than not. I just make sure to try and find the one that has the least amount of ingredients and is organic. Just do your best! 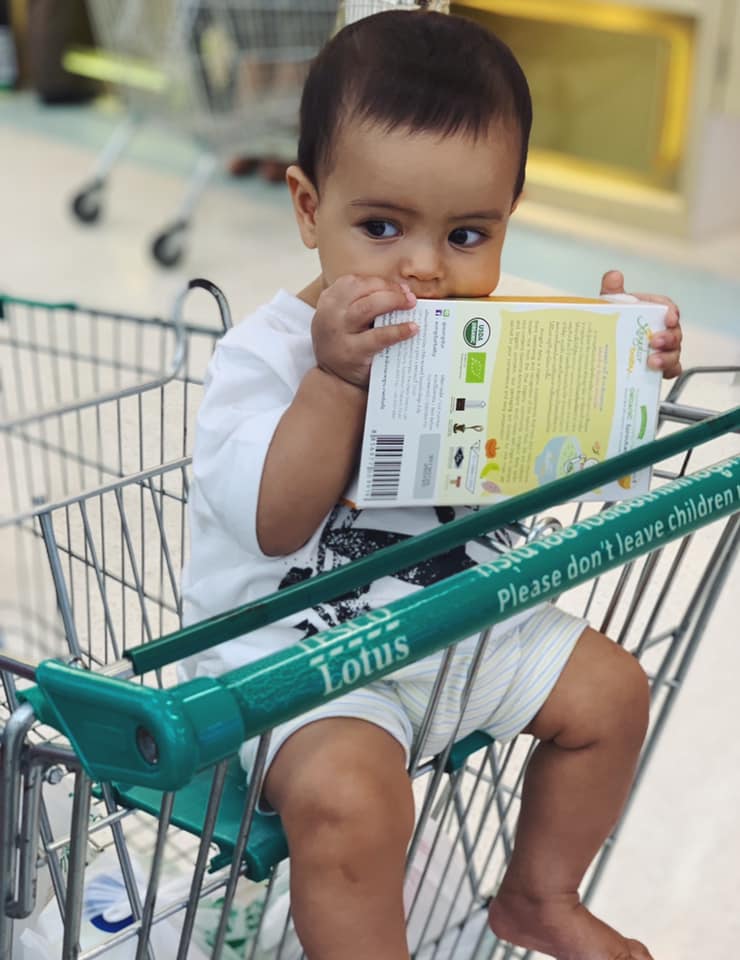 I don’t think there is anything wrong with feeding your baby these pre packaged foods time to time when you need a bit of help, and so long as he is getting the majority of his nutrients and minerals from the good stuff at home then you are doing a good job Muma!

If you have any tips or recipes you would like to share with me then please do because believe it or not it can sometimes feel like i’m running out of ideas on what to feed him sometimes.

As always thank you so much for reading and have a wonderful day! 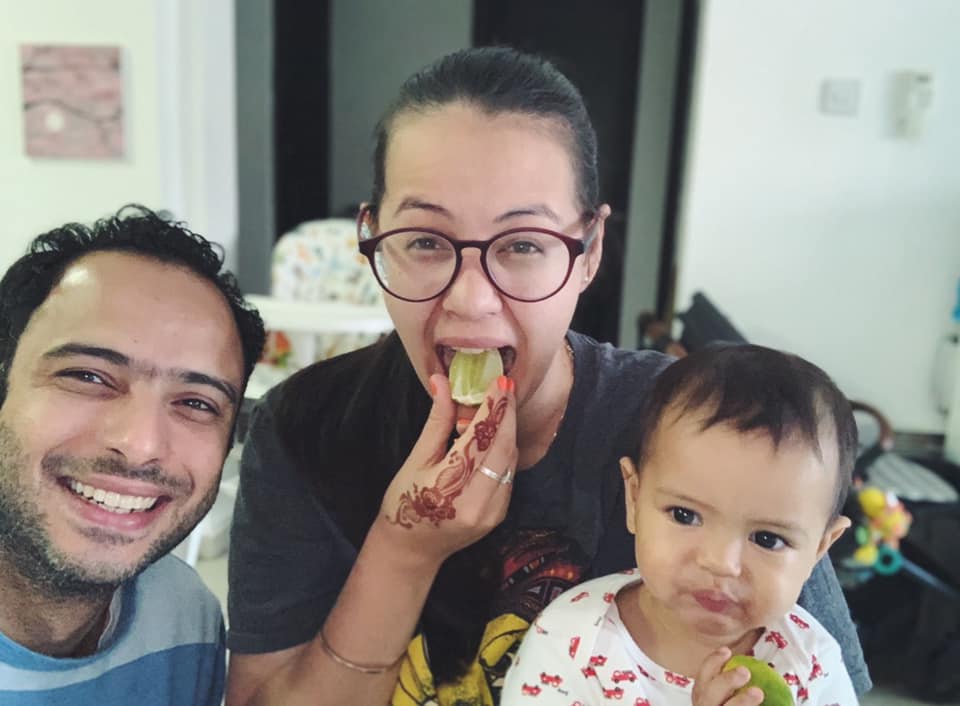